HISTORY OF THE JAZZ CLUB 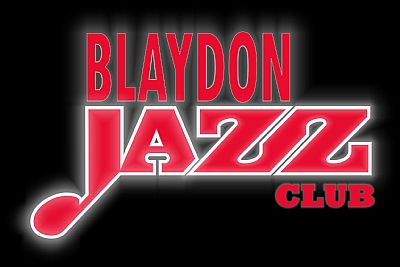 Blaydon Jazz Club is one of the oldest and best-known jazz clubs in the region. The jazz sessions started in September 1984 at The Black Bull at the invitation of Pauline Haley, who ran the pub at that time.  Helped by the convivial atmosphere of a thriving traditional pub with lots of other activities and perfectly kept ale, the jazz sessions became extremely popular and within a short time nationally known guest musicians were regularly featured. Over the following years a veritable who's who of British mainstream jazz came to play at The Bull. The focus was, and still is, on accessible mid-period jazz based mostly on the  'The Great American Songbook' – the songs of Gershwin, Rogers & Hart, Kern, Berlin, Porter, Ellington, Arlen and so on. The Black Bull jazz sessions became well known and admired among jazz fans all over the UK. 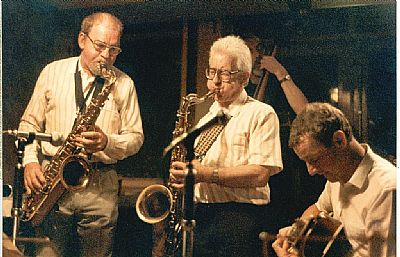 In 1998 the club had to move to another venue and in recent years has been at Blaydon CIU, who have been extremely supportive, but the CIU sadly closed in January 2013.  At the invitation of Carl and Jackie Haley, the jazz club has returned to its spiritual home, The Black Bull. Under their management the pub is once again a thriving part of the community with a host of very popular activities including strong support for live music.

The monthly concerts will usually be every third Sunday of each month 8pm to 10.30pm (but watch for occasional variations or extra dates).  We hope you can come along and enjoy our music. 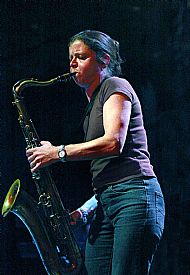 Sue Ferris, one of the north's leading jazz saxophonist/flautists and James Birkett, one of our finest jazz guitarists, join with Roly, Neil and Dave to play a contrasting selection of American Songbook classics. 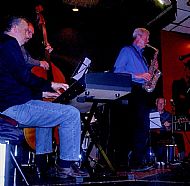 Jeremy is quite simply one of the north east's top straight ahead jazz pianists.

The purely acoustic gypsy jazz as epitomised by the incredible Django Reinhardt and Stephane Grappelli is riding a wave of popularity just now. Played well, the music has great charm, irresistible rhythm and delightful improvisations. We are featuring two of the north's finest exponents of this musical style, each with a contrasting approach. 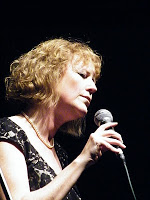 Paul brings his brilliant and much acclaimed 'hard bop' styled sextet. As heard on Radio 3's 'Jazz Record Requests'. The cream of young NE jazz musicians.
When Paul first expanded his acclaimed trio to form a sextet, it was soon being hailed as "one of the most accomplished and original bands of recent years", and it's certainly lived up to the billing. With a front line of Graham Hardy on trumpet, Graeme Wilson on sax and Chris Hibbard on trombone, it has the look of a classic hard bop band, and it certainly has the drive and energy of a Horace Silver or Art Blakey ensemble. But Paul's imaginative arrangements of jazz standards, and a growing book of original compositions, make sure that there's also a distinctly contemporary feel. If this is music that has its roots in the 1960s, its blossoms are absolutely of today! 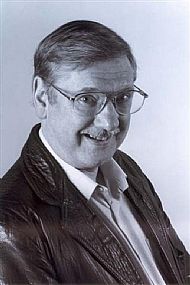 Billy Harper Quartet with Anne DeVere.
For 15 great years Bill played some wonderful jazz piano every week at Blaydon Jazz Club. He was also first call pianist for 'Jazz North East' concerts, backing top UK, European and American visiting soloists. Bill and his wife, superb jazz singer Anne, are back on Tyneside for a short stay. For this concert they are joined by Neil Harland bass, Adam Sinclair drms and Roly Veitch gtr. 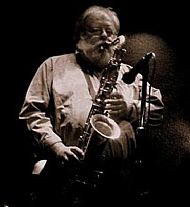 Steve Andrews, absolute master of swing style saxophone, and the versatile Graham Hardy (equally at home playing Satchmo through to Hubbard) are two of the area's finest jazz musicians. For this concert they are accompanied by the Paul Edis Trio.

One of the North's finest straight ahead jazz pianists, Teesside's Jeremy McMurray, joins with Blaydon's own Roly Veitch on guitar, Neil Harland bass and Adam Sinclair drms for an evening of songbook repertoire. 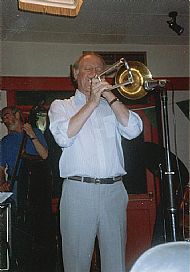 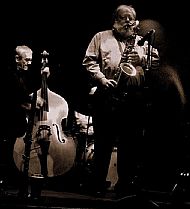 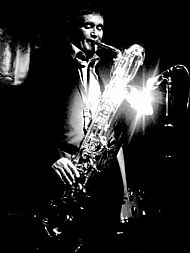